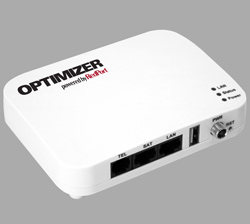 Order the new Redport Optimizer WxA-223 from our new online store at MySatPhone.com

The Redport Optimizer is a satellite Wi-Fi router, hotspot and firewall. The Optimizer connects directly to your satellite phone or terminal and broadcasts a Wi-Fi signal that you can then connect to with your computer, laptop, smartphone, or tablet.

Thanks to its powerful firewall, the Optimizer can also help to avoid huge and unexpected satellite airtime bills. 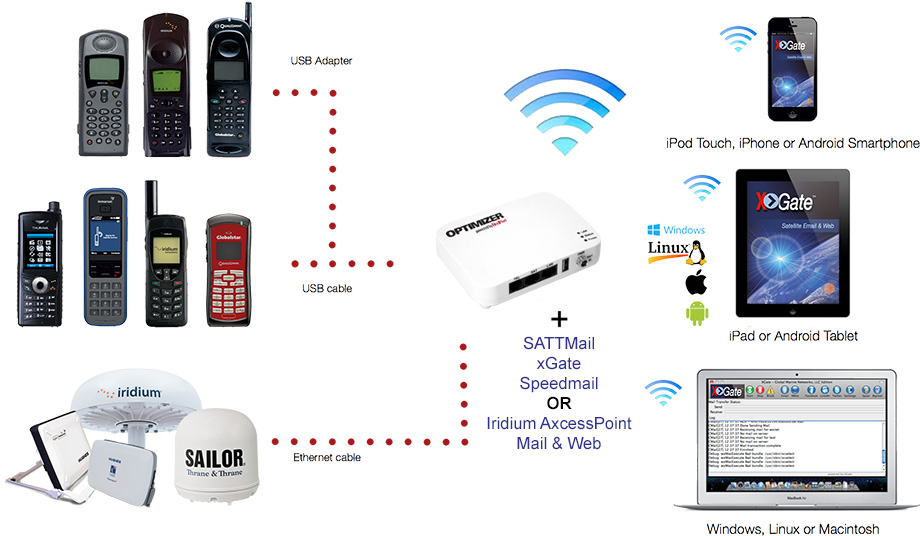 
Works with the majority of mobile satellite phones and terminals including:


* A compatible Serial-to-USB cable is required (not included)

SATTMail service subscription is required to use the Optimizer. (Also works with XGate and Speedmail). The following options are available and can be selected at the time of purchase.